The Vispo Bible: Book of Revelation

the Book of Revelation in the New Testament has 22 chapters. I worked on Revelation from March to May, 2016. The Book is full of colour, texture, beasts, chaos, disaster and symmetry through numbers, particularly even numbers. These visual poetry pieces, which contain all the text from each chapter are attempts to render the above elements.

Note that the numbers in Revelation also have to do with the Golden Sequence of Phi, according to some mathematicians. This sequence appears in nature in nautilus  shells, sunflowers, peacocks tails and other phenomena of nature. These visual poems attempt to articulate similar shapes, using layering of even numbers of the text to recreate them. The image below is Revelation, Chapter 3. 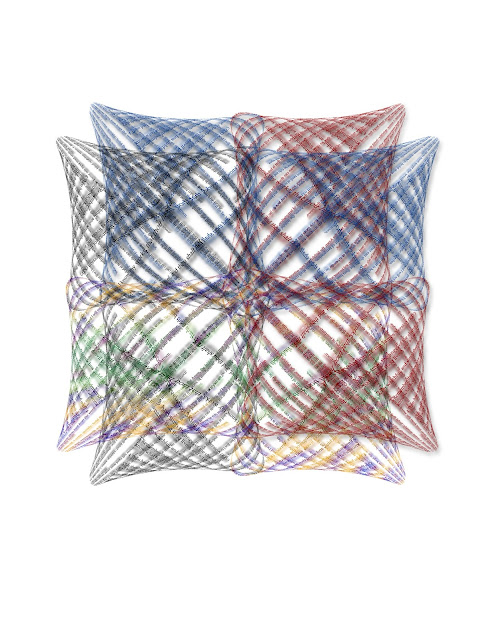