moonpieces. fragments out of ordinary

open mouth
admit a truth
too late
the man’s face
ripples a silver smirk on black water
and whisky
to the devil angel flies
play your blood electric guitar
pluck out fire
of name
your lips mouth
o moon
guppy out of water
choke on reality
oxygen’s a cold comfort now
isn’t it?

The Molecular Structure of Marriage

A marriage carries no electrical charge.

is made up of two or more partners,
of same or different sexes,
joined by one or more covalent
chemical bonds.

is in constant motion.

its state (solid, liquid, or gaseous)
depends on speed
on separation.

its compound is represented
by a marital formula.

In a chemical reaction between spouses,
is often broken apart
into radicals that recombine to form
other. Two or more
will form a single larger,
or a large will be broken up
into several smaller.


of women, H2,
each consists
of two atoms of hydrogen.

of men, H2O,
contain an atom of oxygen
as well as two of hydrogen.

A heterosexual bond, CO2,
is linear.

Love was interchangeable until the early
nineteenth
century. 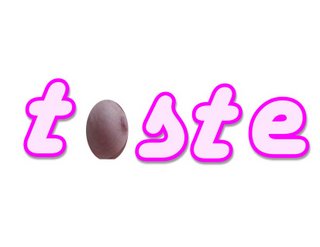 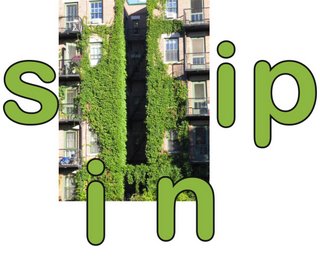 through dark streets model
took off
kimono one hand
on parasol

do you want it, do you want it
dying eye fragment
spacious dreams of stone
toppling sluggish edifices studded
with gems coagulated with human
sperm

pieced together by Amanda Earlw/c = 389 wordsThe consequences of two men wrestling (1): the infinite erotic civilization we created is declining now (2). What manner of sinners do you have in Rome? They must be grand ones. I have seen much wickedness and cannot be deceived (3). All these people! Intermingled and jabbering and as much confusion among them, to me, as there is in my own mind. The sources reveal a people endowed with valuable qualities, hemmed in by stormy seas along a narrow strip of coastline, dense forests and steep mountain ranges behind them (now filled with flunkies, whistle-punks, chokermen, cat-skinners, the fiery mountainsides and stands of trees disappearing. (4)

To think the connection between my introspective black companion and those outcrop rocks taking the brunt of the ocean-this requires a stretch of the imagination. (5)

Her eyes were set so deeply the colour was hidden from a distance and he was surprised now by the emerald shade of them. Green as sea glass. (6) If you have ever seen the green in water that is forever flowing out to mystery and adventure then you know something of the colour of her eyes. (7) Along the river, trees are stranded bare as witches and dark as the woman who never learned to love one man. (8) She could never have imagined that a woman would lie beneath a man who grins like an ape fully clothed in a tattered tunic, ten feet from a body freshly abandoned by the spirit in its blood. (9) He lies there in a wilderness of sheets and his body inhabits strange spaces, oblique dimensions; like the keen emptiness of a child's eye, it offers me no entry and no alibi. (10)

Warned her to keep indoors with politic goodwill, not haste into a landscape of stark wind-harrowed hills and weltering mist; but from the house she stalked intractable as a driven ghost. (11)

I knew that it would happen like this. I hear the clouds of kestrels circling. The leaving. The solitude. (12) Finally the shape of the dream appears. Her arms in the cold air, holding the cutting tools. Space like glass. (13)

I see her head bowed in thinking of me, by the river, her beautiful eyes searching inside for the proper famous thought of me she loved. Ah my angel-my new angel, black, follows me now-I exchanged the angel of life for the other. (14)

For an explanation and call for submissions for Plunderverse
Posted by Amanda Earl at 4:48 pm No comments:

When did you first know you were happy?
not till now, really, on this bench, in the sun

Why now?
i can let air touch

Do you still dream of flying?
i’ve already flown

Where is home?
you know
Posted by Amanda Earl at 4:47 pm No comments:

& if you could sing, the song/is all that would go/ anywhere
Barry McKinnon, Bushed, The Centre

with this beat
you can lose yourself
annihilate perpetual rhythm
electro-guitar shock therapy
drum a saffron thread thru veins
only then you unclench
Posted by Amanda Earl at 4:46 pm No comments:

sells you by the jug, the hour
wind fills empty
echoes
hollow
echo
Posted by Amanda Earl at 4:45 pm No comments:

When did you first learn to levitate?
there are times i can’t touch down

Is it like swimming? Can you do the elementary backstroke?
i stay on my back, almost never look down

Are stars hot or cold?
they taste good with a little salt

Are you always alone?
no, i am not the only child to float
Posted by Amanda Earl at 4:44 pm No comments:

these are the fringes

of everything
the leaves, the vines,
the twisted
boughs

when you walk
don’t let your feet

touch
Posted by Amanda Earl at 4:44 pm No comments:

is your suitcase packed
what will happen when you discover
there are places like home?

you carry it on your back
pack animal
whirlwind
don’t touch
(d)
o
w
n
Posted by Amanda Earl at 4:42 pm No comments: